Introduction to ISAIAH: Faith in Action, presented in collaboration with the Racial Justice Initiative

We will explore together the role of faith communities in acting together powerfully and effectively for racial and economic justice in Minneapolis and Minnesota. What is community organizing? What is the call to public action? How do we build multi-faith, multi-racial solidarity? What is the opportunity for us to act together in the coming year? 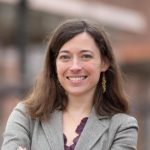 Doran Schrantz is the Executive Director of ISAIAH and has been doing faith-based community organizing for over 19 years. 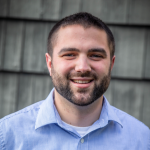 Ben Whalen is an Organizer for Isaiah.  Over the past 15 years, ISAIAH has grown to be state-wide, multi-faith, and is a significant force for racial and economic justice at the local, regional, and state level. The core mission of ISAIAH is to be a vehicle for people of faith and values to build collective agency for public purpose and civic participation. 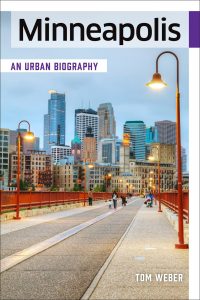 Minneapolis: An Urban Biography, presented in collaboration with the Board of Spiritual Formation

Minneapolis often tops lists that add to the allure of the city of lakes as one of the nation’s best-kept secrets. You might not have thought you wanted to live here, but you never want to leave once you arrive. But Minneapolis also tops lists that showcase the crippling disparities and inequities if you’re not white or well-off. Join author Tom Weber as he discusses his new book (Minneapolis: An Urban Biography) that attempts to explain why these gaps exist by telling a raw history of the city. Minneapolis isn’t all bike trails and homer hankies. The city was founded on stolen indigenous land; has been declared the anti-semitism capital of the world; and labeled a shame because of the corruption at its highest levels. It has also brought us business innovators, a vibrant arts and music scene, and historic advances in human health. 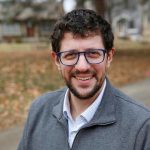 Tom Weber has been an award-winning journalist for two decades, most recently for Minnesota Public Radio news. He is also the author of the travel book called 100 Things to do in the Twin Cities Before You Die, and a history of Minneapolis called Minneapolis: An Urban Biography.

Plymouth’s Property: The Key to Our Future

The material wealth of Plymouth Church is substantial, and one of the largest and most visible portions of that wealth is our church building and the adjacent land that we own. The Deacons have raised an important question; how can we use this wealth and the assets of our church campus to more fully live out our mission as a Christian church, and to fulfill the concepts laid out in the Growth Task Force visioning document?  Jeff Hall & Brian Siska will talk about the first phase of this work, namely research into the history of the Plymouth Campus and the land upon which it sits, and the initiation of a marketing structure that supports the many facets of growth that we seek.

Jeff Hall is a real estate developer who joined Plymouth and married Margaret Truesdell in 1992.  In 2005, Jeff founded the Sierra Leone-Plymouth Partnership, which is now OneVillage Partners.  He currently serves as a Deacon.

Brian Siska is a long-time member, former Moderator, and currently a Deacon at Plymouth

Reimagining Community Safety in Mpls, presented in collaboration with the Racial Justice Initiative

Since the murder of George Floyd, community safety and police reform in Minneapolis is on everyone’s mind. Racial disparities in our city are some of the worst in the nation so we know we must act. Join us for a fast-paced look at this multifaceted, complex issue where we examine what it might look like to make real lasting change and strategies for getting there.

Ann Manning (Moderator) Ann is currently the Co-Chair of the Racial Justice Initiative at Plymouth. She studied racial and economic inequality at the Kennedy School of Government, served as Interim Director for United for a Fair Economy in Boston, was a long time board member at Beacon Interfaith Housing and currently serves on the Indigenous Peoples Task Force Board of Directors.

Elizabeth Glidden represented the Eighth Ward on the Minneapolis City Council from 2006-2017. She was an employment and civil rights attorney and is currently using her policy background in affordable housing development as the Deputy Executive Director and Director of Policy at the Minnesota Housing Partnership. She used a Bush Fellowship to study race-conscious leadership development for local elected officials.

Catherine Shreves is a retired Minneapolis attorney with a long history of civic engagement. Catherine was a Mondale Fellow and has served on and chaired the following organizations: Minneapolis Charter Commission, Minneapolis Park Board’s Citizens’ Advisory Committee – Chain of Lakes Renovation, Minneapolis School Board, and the League of Women Voters of Minneapolis. She hosts the League’s public policy show “We The People” which has focused most recently on community safety issues.

Find More of Our Past Forums Here
Scroll to top