In Toni Morrison’s The Bluest Eye, the author confronts the devastating impact of monstrous hatred and demonization of Blackness on the most vulnerable person in society: a Black girl.

The novel invites readers into a story that begs fundamental questions about life and meaning amid great suffering. Where is God? Where is justice? What new insight about God and justice might an engagement with literature yield? In reading The Bluest Eye, we will explore the deadly interaction of racial self-contempt and the desirability and privileging of whiteness to discern potential new insights into the nature of God and justice for our own time and witness.

Join Lead Minister DeWayne Davis to explore the image of God and the presence of justice in The Bluest Eye. 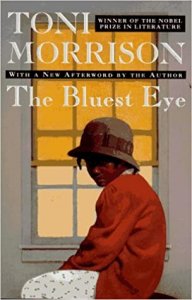 Please ignore the circle with the number. We are not able to change the format. It shows the number of comments in this thread.

Want to join the discussion?
Feel free to contribute!