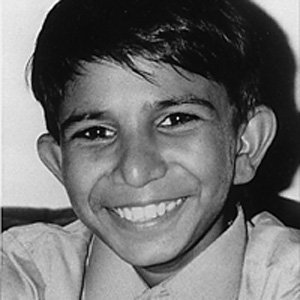 Iqbal Masih was born in Pakistan to an extremely poor family. At one point in time, the family had borrowed a small sum of money, but they had been unable to pay back their debt. When Iqbal was only 4, the carpet merchant who had loaned his family the money demanded payment, that the Masih’s did not have. The carpet merchant took Iqbal and said his small size and nimble fingers would be helpful, and that he could work off his family’s debt. Like many other poor children, Iqbal was forced to work 12 hour days on a loom making carpets, even though he was only a tiny child. At around 10, Iqbal was able to escape this slavery but was again recaptured and forced to work. After escaping again, he was able to go to school for the first time, at a special school for kids who had been slave laborers. He immediately began speaking out about his experiences, being an advocate for ending child labor, and helping thousands of other children escape from slave labor. He, unfortunately, died at only 12 years old, most likely killed by someone who was angry about him speaking out against child labor. The amount of good that Iqbal was able to do in his extremely short life inspired other young people in countries around the world to speak out against this forced, unpaid labor, and for some countries to make changes in their laws to better protect the rights of children and the poor.

If you had the chance to tell someone the best thing about being a kid, what would you say? Who is the bravest kid that you know? Why do you consider them so brave?

Closing Prayer: Dear God, No child should have to die for being brave, and speaking out against what is wrong. Let us continue to speak for Iqbal. Amen.