Some background about the IWWG: 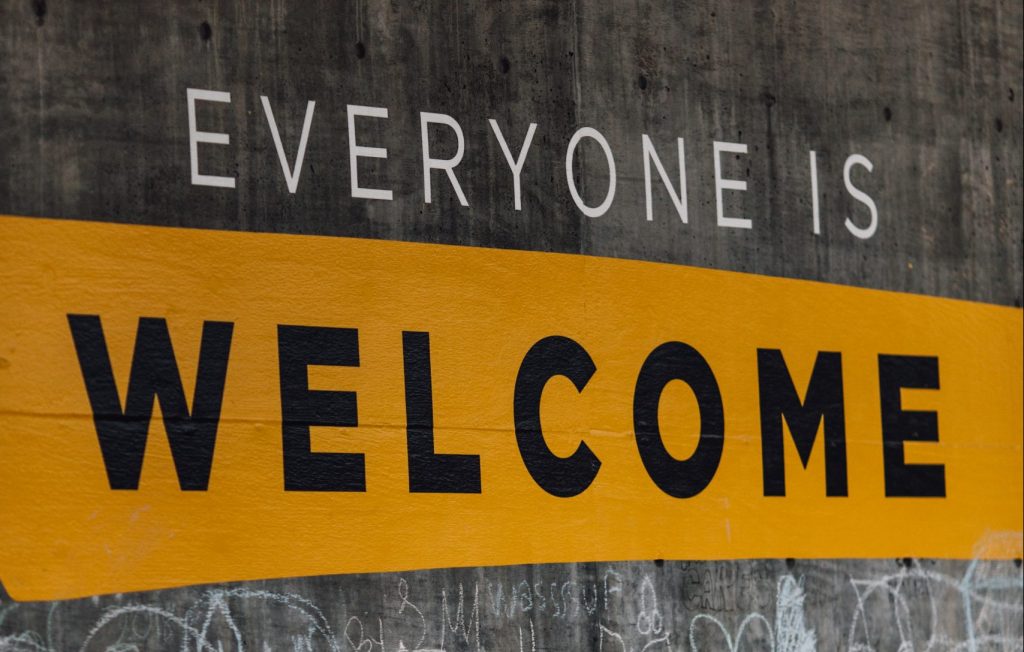 How You Can Help During September

Witnessing God’s love for all people, we stand with and advocate for immigrants through partnership, direct action, education, and support for local immigrants, as well as related organizations.

As part of our advocacy program, the Immigrant Welcoming Work Group compiles actions and local events held in support of immigrants and immigration issues. We urge you to perform some of these actions and/or attend some of the events! Content is updated monthly.

If you take any action listed in this summary, please notify Tom Haigh, jthaigh45 (at) gmail.com, for tracking purposes. If you have content for future updates, please submit to Janine Sieja, janinesieja (at) gmail.com.

I Have Ten Minutes

I Have One Hour

I Have One Day

I Can Contribute Financially

If you take any action listed in this summary, please notify Tom Haigh for tracking purposes. If you have content for future updates, please submit to Janine Sieja.

What Strange Paradise (Alfred A. Knopf, 2021) by Omar El Akkad

This summer, American newspapers are full of articles about migrants at our southern border.  However, migration to the global north continues worldwide, and both conflicts and climate change continue to fuel it.  In his excellent second novel, What Strange Paradise, Omar El Akkad reminds us that rickety boats filled with migrants still cross the Mediterranean and Aegean Seas.

Amir Utu, a young boy originally from Homs, Syria is the only survivor of a ship that goes down in view of resort lights on a Greek island.  When he flees into the forest, Vänna Hermes, a fifteen-year-old who feels estranged from her parents and the island where her northern European family has tried to start a tourist hotel, hides Amir from authorities.

In alternating chapters titled “After” and “Before,” El Akkad explores the children’s flight across the island as Vänna trying to keep Amir from the authorities.  The “Before” chapters explore Amir’s journey from Homs to Alexandria and events that lead him to accidentally be on the boat.  These chapters reveal the character of those traveling with Amir as well as some of the reasons they are leaving home and the dangers of human traffickers to young migrants.  While civil war drives Amir from Syria, he remembers his father telling him of the drought that, in part, led to the war, a reminder that climate change ties to unrest.

Both Amir’s and Vänna’s observations tell us much about migration. Additionally, El Akkad complicates the behavior of the main military officer trying to track down the children, Colonel Kethros, and the apprentice smuggler, Mohamed, trying to keep order on the boat.   Each reveals much of what citizens of the global north think of migrants from the global south, yet each man also reveals much about himself.

What Strange Paradise is a beautifully written exploration of the global issue of migration with finely drawn characters whose complicated motives give the novel strength.