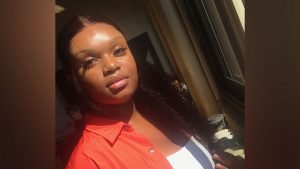 In May 2020, Darnella Frazier’s cousin was hungry. But, the cousin was only 9 years old, and Darnella didn’t feel it was smart to send them to the store alone, so she went with them. Outside of their neighborhood convenience store, Cup Foods, Darnella saw a black man being arrested and restrained by several police officers while crying out for help. Knowing something did not feel right, Darnella pulled out her phone and recorded the incident. What she filmed was George Floyd’s last moments alive. When Darnella, who was already aware of the often unfair treatment of Black people at the hands of law enforcement, saw what was happening, she knew it was important to document it, but couldn’t realize that the traumatic 10 minutes she filmed would add fuel to a movement that spread across the nation. Because of her, people know George Floyd called out to his mother, and repeatedly said that he couldn’t breathe. Because of her, all of the officers involved in the incident were able to be quickly identified. Because of her, George Floyd is not an anonymous death, but a symbol of a broken system that requires change. Darnella is only a teenager, and filming the video was not about fame, or clout, or going viral. The experience was deeply traumatic for her, and she has been working with a therapist to process what she saw. She filmed because she saw something seemed out of balance and wanted to have a permanent witness of what she was seeing. She did not intend to do something that was heroic, but she ended up doing just that.

Why do you think it could be important for someone to record a video when they feel like something unusual is happening? What are things we can do to make sure that people do not forget about George Floyd, and what happened to him?